Difference between revisions of "About Oculus Quest"

A VR headset that works without an extra computer.It track's the physical space through six cameras inside the headset. Comes with two handheld controllers.

How to transfer files (e.g. movies) to the Quest

You can easily get started making your own project for the Quest.

1. Make sure to use the latest stable version of Unity, downloaded at https://unity3d.com/
2. Download and import the Oculus Integration plugin from the Unity Asset Store.
3. Set your build preferences to Android, in Player-Settings enable VR support and add Oculus
4. Drag and drop the OVRPlayerControler prefab from the Prefabs folder into your scene.
5. Build your world!
6. Set Oculus Quest in Developer Mode, connect it to your Computer and build Android App.

The Oculus Link cable enables PC powered VR on the Quest.
1. Make sure to connect it to a usb3 port on the pc. (on the school pc's the lower ones in the back of the pc work).
2. The other end of the cable goes in the quest
3. Wear the Quest, and in the settings enable link.
4. Start apps from the Oculus PC app, or via the Oculus Home in the Quest.
5. Any files you create will end up in your Documents folder.

If you get an error that looks like this when opening the Oculus software: 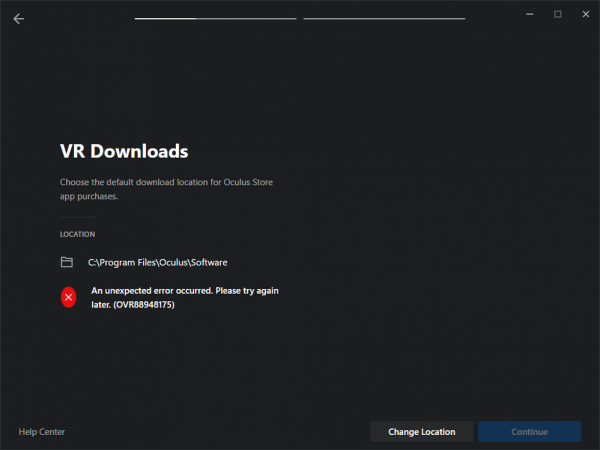 
Double click to install. You should be able to relaunch the Oculus software now!