About the Oculus Rift 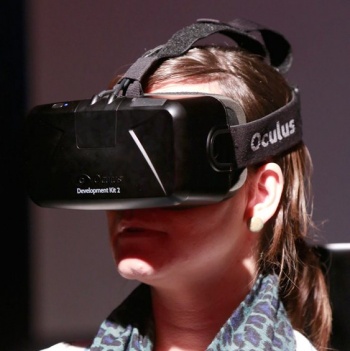 The Oculus Rift is a virtual reality headset developed by Oculus VR. It is most commonly used for virtual reality gaming, simulations and spatial design. The Oculus Rift went through several prototypes such as the Development Kit 1 and the Development Kit 2, before releasing the most recent Consumer version. We currently have the DK2 at the Interaction Station available for use.

1. The Oculus Rift is currently not compatible with any Mac system.


2. The Oculus Rift Development Kit 2 is not officially compatible with Oculus Home, the distribution network that is packaged with the Oculus Rift Consumer version, which provides mainstream Oculus VR content. However, it is still possible to access and run this content from Oculus Home with the DK2, although small issues may arise and some content may not work properly. It is also still possible to download VR content specifically for the DK2 on platforms such as STV.RE, The Rift Arcade and Virtual Desktop.

It is important to note the difference between VR headsets that come with a built-in display and require a host PC (such as the Oculus Rift and the HTC Vive), and smartphone-based VR headsets that use the phone's display and operating system to run and display VR content (such as GearVR and Google Cardboard). We currently have several Google Cardboard and GearVR headsets (and Samsung phones) to use at the Interaction Station. More Info : Oculus Rift versus Gear VR, How Smartphone VR works.