From Interaction Station Wiki
Revision as of 08:56, 12 May 2019 by Oyo (Talk | contribs) (Created page with "==what is the Arduino== Hello everyone hello hello hello, now what is an Arduino ...well...find a detailed introduction here http://interactionstation.wdka.hro.nl/wiki/Ardu...")
(diff) ← Older revision | Latest revision (diff) | Newer revision → (diff)
Jump to: navigation, search

what is the Arduino 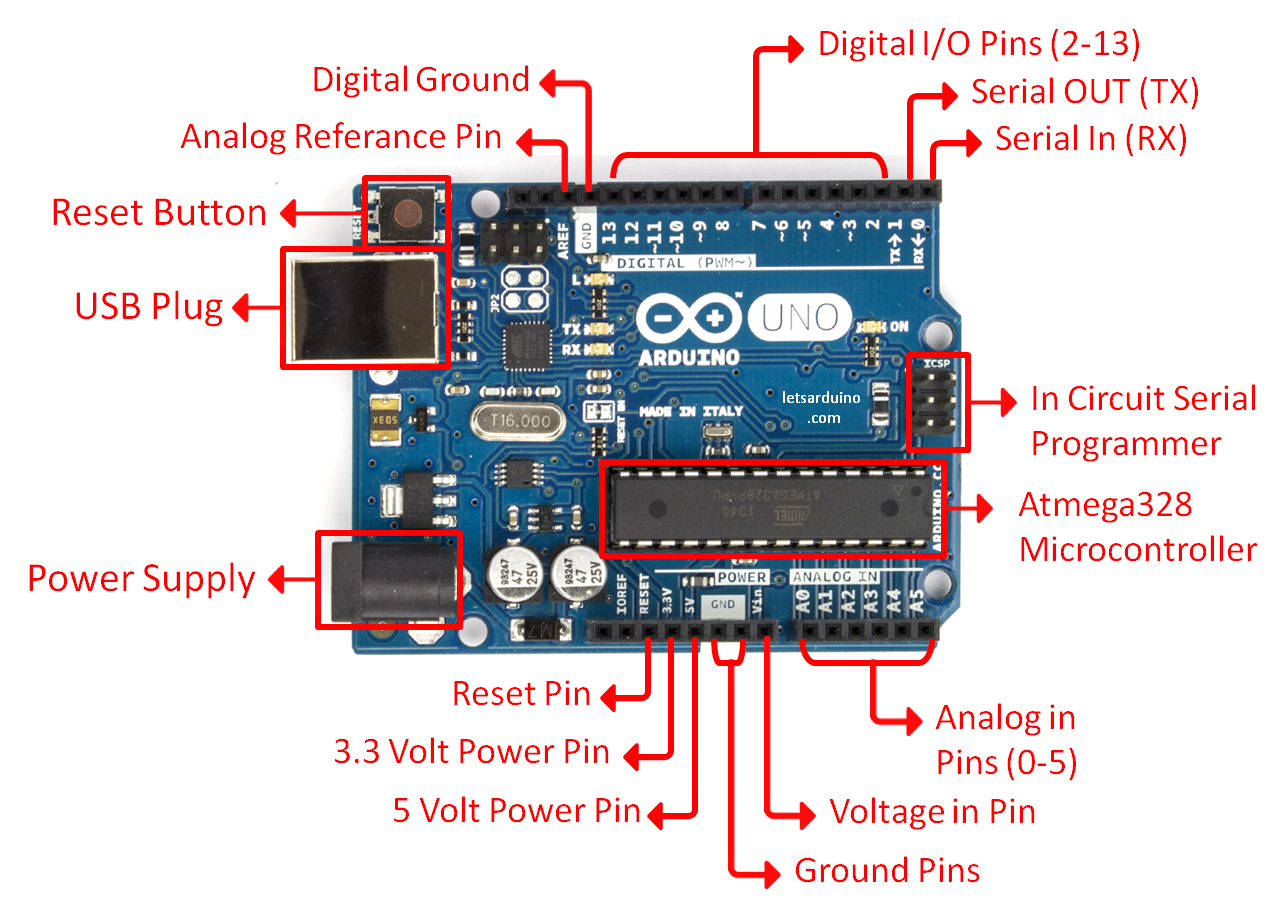 Like mentioned earlier - μControllers are optimized for control of general input and output. What are those two exactly.

Analog ( we have six of them in the Uno): The area of pins under the ‘Analog In’ label (A0 through A5 on the UNO) are Analog In pins. These pins can read the signal from an analog sensor (like a temperature sensor) and convert it into a digital value that we can read.
Digital (seven on the Uno): Across from the analog pins are the digital pins (0 through 13 on the UNO). These pins can be used for both digital input (like telling if a button is pushed) and digital output (like powering an LED).