Arduino is an open-source physical computing platform based on a simple input/output (I/O) board and a development environment that implements the Processing language. Arduino can be used to develop standalone interactive objects or can be connected to software on your computer.

WHAT CAN YOU DO WITH ARDUINO?

Arduino is composed of two major parts: the Arduino board, which is the piece of hardware you work on when you build your objects; and the Arduino IDE, the piece of software you run on your computer. You use the IDE to create a sketch (a little computer program) that you upload to the Arduino board. The sketch tells the board what to do.

Get your Arduino board and link it to your software

There are several types of Arduino boards. Once you have chosen which board you want to work with, plug it to your laptop via USB. For your software to communicate with your board properly, it needs to understand which board it is sending information to.

Go to "tools" > "boards", and select so right board so that your software recognizes it. 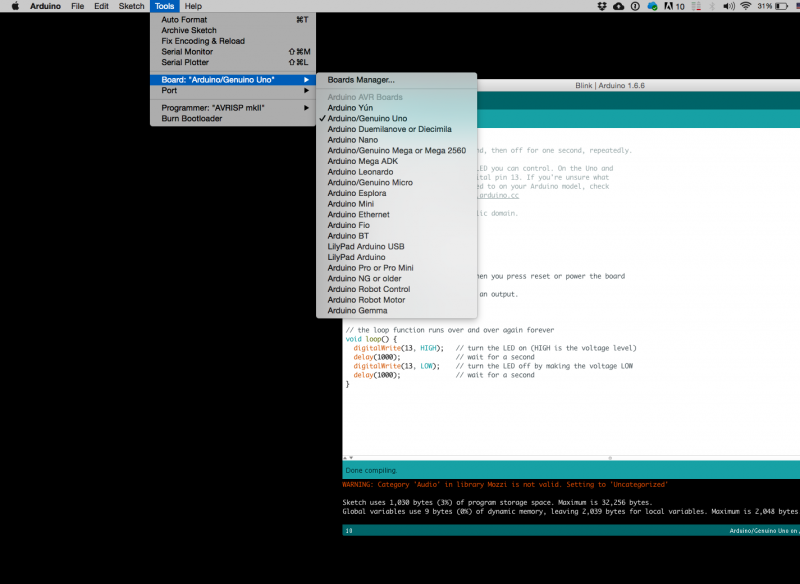 You also need to define which port is used for the information to be transfered. Port generally include bluetooth and USB entries.

Go to "tools" > "port", and select the right port for your laptop to communicate with your board. 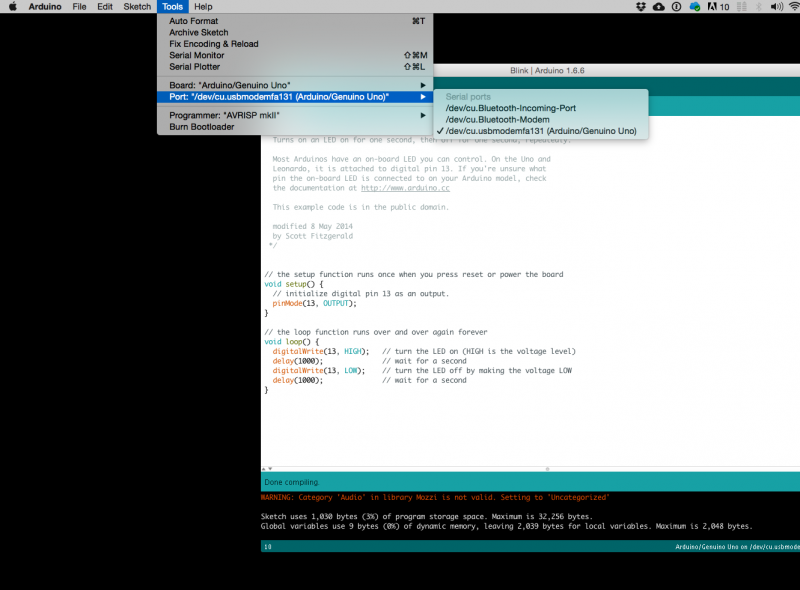 Ports start at zero, then 1, 2, 3, etc... In the example above, the port number is port number 2. (Maybe you don't need to know this at this stage, but keep it in mind, it might come in handy later)

Upload your sketch to the software

A really nice thing about Arduino is that they have a bunch of sketches (codes) that you can just directly upload from the software. Here we'll upload to our file a basic sketch to make an LED blink.

GOOOD! So this code should be in your file now... lets dissect it.

You'll notice that your code is divided into 2 parts, the void Setup, and the void Loop. You can read in the commented out section that the setup function runs once when you press reset or power the board, while the loop function runs over and over again forever.

SENDING THE CODE TO THE ARDUINO

To compile your code means to verify it. Since this one was written for you, there are very few chance that the compiler reacts. Once you start writing your own codes, compiling will help you see where errors might be situated. Always compile your code before uploading them to your board.

Observe the messages appearing in the bottom of the Arduino software window.
(there should be a sentence saying Done Compiling when the file has compiled into your board)

All you need now is to upload this code to your board.

And you should now have a Blinking aka Flashing LED on board. 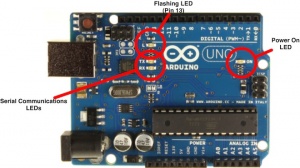 OK, so your Arduino flickers, that was a Hello World!' 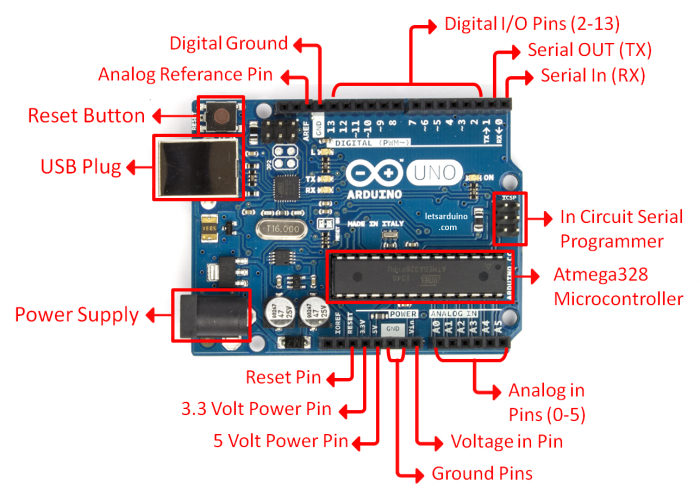 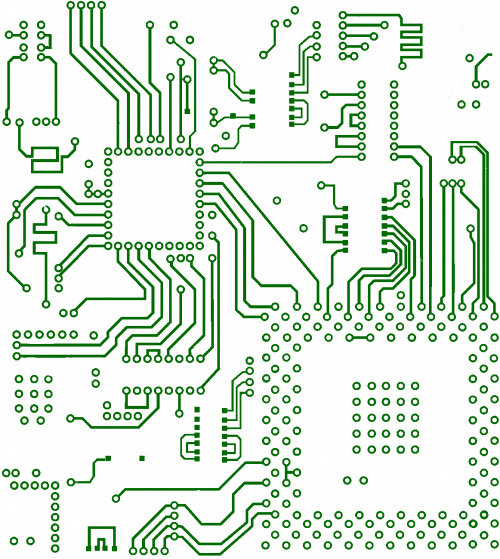 In the "circuit making" section, you’ll find all the resources to understand what it means to build a circuit through which electricity -- and your code -- are going to exist. You can find the basic electronic knowledge you need to get started with your project.

Basic components and their use

COMPONENTS YOU CAN USE FOR YOUR PROJECTS

An overview of all components/hardware, that you can use while making your project with arduino. Use this list to get inspired, slide down for more technicities.