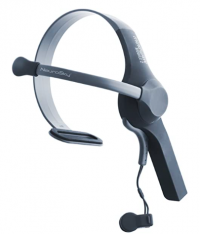 You should certainly use it and experiment with it, if you want to. Depending on your goal and project it might work. But also be realistic and critical about these devices.

Goals for which the EEG brain device in your project could work:

Goals for which the EEG brain device doesn't work, but it might be fun:

Goals for which your project will certainly end up in a real disaster:

Jasna Rokegem (Fashion Design) was one of the first students graduating with a "Fashion on brainwaves" project. She founded her own company on this idea after graduating. She exploits the "speculative" goal.

For her graduation she made these outfits.

There are many devices, a selection:

The Mindwave Neurosky is affordable, there is a version of 100euro (this one always seems to be sold out), this one is available: 155 euro at amazon.nl.

The Emotiv EPOC is much more expensive: around 1000 euro's. (989 euro at amazon.nl at the moment) 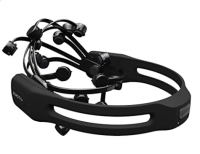 The different possibilities are shown on this page more in detail: http://learn.neurotechedu.com/headsets/

The stories about the brain waves coming with the devices (the following from the Mindwave) are quite impressive. They tell about 8 fundamental brain frequencies: 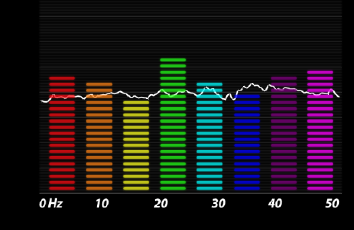 One example, the delta waves: 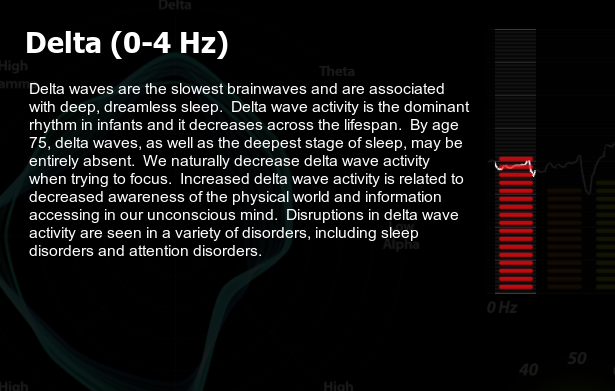 These are general stories. The hidden magic is how to get from the so called "RAW" numbers coming out of the devices to these general ideas about the brain frequencies and to connect these frequencies to the topics which are promised: meditation, concentration and maybe even emotions.

Emotion measurement One goal students like is the measurement of "emotions". The functioning of your brain can somehow be measured and the EEG produces these numbers in the sensor, and you have the impression to experience emotions, so ... the hypothesis is: these measured numbers must be the emotions. The idea of having specific emotions seems so simple. Say ... Happiness, isn't that a simple emotion, it is easy to ask a person if she is happy? No - Happiness is enormously complex! There has been an debate over centuries what it exactly is this "happiness". Many good texts about "happiness" are written, if you are interested, take a bit of time reading these texts and investigate yourself...say 20 years?....no: happiness changes depending on age, so you will never be finished thinking about happiness!

For example some of the books I read about Happiness: (for a project in France in 2019, it took me a year or so to study these texts, and still....if I read these texts again I learn new things.)

And this is just a handful, the literature is immense.

So what happiness really is, is difficult. Personal, contextual, interpretational, temporary, visceral, ephemeral....But this EEG device just "measures" an emotion? So it must be clear? No, because the EEG device produces "numbers", many numbers every second. And somebody - a person, like you and me - has to program an algorithm which interpreted these data, and tells you: this is happiness. If the literature indicates how wide the ideas of happiness differ, then how for this programming person to "know" what numbers represent "happiness"?

concentration and meditation Many texts around these brain scanners are about "meditation" improvement. "meditation and concentration" are not emotions, maybe these "state of mind" can be measured more easily. At the same time you read that the thing on your head is not comfortable or hurts within 30 minutes. I also had this experience, that it is not "fun" wearing these devices. Take the clip into your ear of the Neurosky Mindwave. Being irritating and "meditation improvement" is for me a paradoxical, but it might work for you!

Steering devices with brain waves This seems more straightforward. You could use pattern recognition. Then you avoid the problem of "what is happiness". Using AI for getting it right, without understanding the underlying principle. Even then. For AI to work, you need thousands of times telling the device this was right, this was left. And every person has a slightly different "brain"...

Driving a car with your brain There is a study about the "steering" possibilities. Rather devastating for the idea that you can drive a car with your brain waves. Even if the accuracy were 90%, then there would be many more accidents as we now have - one out of ten trips you make would end in a disaster. Strange idea by the way, because ... what is the difference, don't we use our brain also for avoiding accidents? The difference is again: interpretation by algorithms. In the case of EEG brain waves driving the car, there is a person - programmer, in between us and the car.

my own "subjective" experiments

You can rely on research by others, but you should also perform your own experiments.

When Jasna Rokegem came to me with the brain sensor I started doing experiments, it was the Neurosky Mindwave, an earlier version, with one "dry" forehead sensor. The results were not convincing. I was puzzled, because it was so bad, that I suspected to do something wrong. The signals just didn't make sense at all. I looked at reports from other people and they also confirmed that the results were sometimes right, sometimes wrong. This Mindwave sensor was in that time used in a game steering pushing a ball towards the other using brain waves. So "steering". Nice for a gaming situation, where you need a little bit of noise. It helps having fun. And in this situation, the EEG brain sensor is ok, - it is a toy.

In the City Lab, our school had the Emotiv. This device had 14 sensors! But these sensors were the "wet" version. And the sockets were already corroded. Having this Emotiv on, the interpretation of the signals told me I was super concentrated at one moment and immediately after that totally un-concentrated. I had the impression that the data coming out of both EEG brain sensors were not reliable. But that is not yet doing research. For a good research you need more devices, Comparing measurements, having more than one person do the testing. After all, the companies fabricating the consumer EEG brain scanners are also doing investigations. They claim a certain kind of reliability and the devices are quite expensive. How can this all be false. My opinion is just subjective.

check? But even if the results, the interpretations were "true", it is rather difficult to check or corroborate, because you cannot put two devices on your head. (I tried.) And if the device indicates that I am concentrated, on what subject am I concentrated? On the results of the device, on the question if the data are reliable? If one cannot "check" the results of a sensor in the same situation (time and person), how can you ever be sure?

scientific evaluation of the possibility to "steer" and measure "attention/meditation" with the consumer EEG brain sensors:

In this article the concepts of "relaxation" and "attention" are well described with links to articles.

Conclusion: (from the part "Discussion" of this article)

"Overall recognition accuracy of both the concentration (attention) and relaxation (meditation) mental states of subjects were 60.5% (for the Emotiv device) and only 22.2% (for the Neurosky device), which is not very usable in a practical sense."

This gives objective percentages and corroborates my own subjective "feelings" of how these devices worked for me.

consumer comparison of the devices, indicating sensors and data rate, for instance 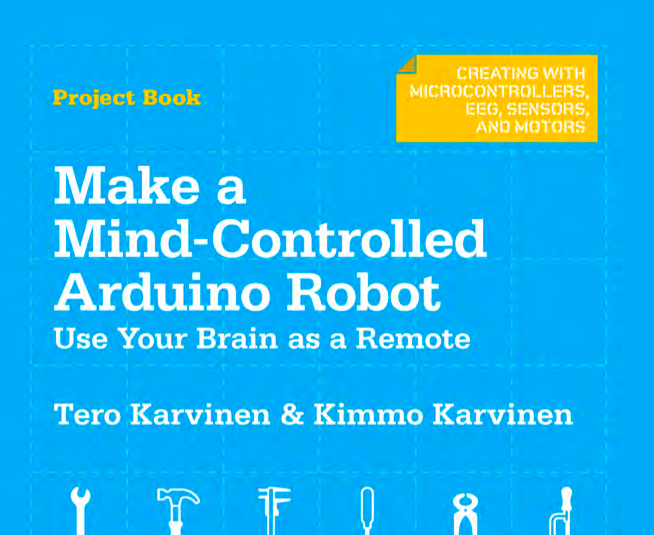 hacks from Neurosky itself:

With Arduino and Raspberry Pi projects

Although not one of the devices above mentioned, Arnon Grunberg, one of the well known Dutch writers did an interesting experiment, wiring himself to a headset with many electrodes. The goal was to record his emotions while writing and then compare the measurements of his emotions with the measurements of the readers of his text. But to the surprise of everybody, the writer and the scientists, this experiment failed because the researchers could not find "his" emotions while writing. The explanation was that - probably - writing is rational, and not emotional.

If this device with its many sensors and in quite a scientific setting, with accompanying neurologists and scientists is not even working as they thought it would, how can the toys produce any sensible result? 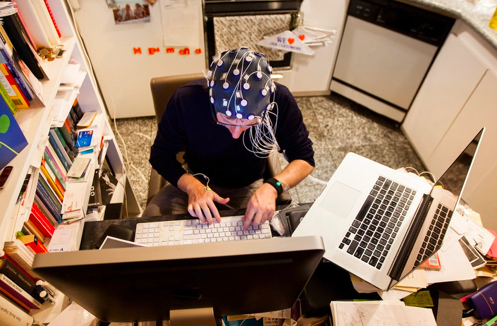 Some of the Devices

There are numbers coming "from the brain".

With many numbers you can do anything.

You can even have fun:

But for the rest be careful, these consumer EEG brain sensors are (sometimes quite expensive) toys.

Behave speculative with these toys!