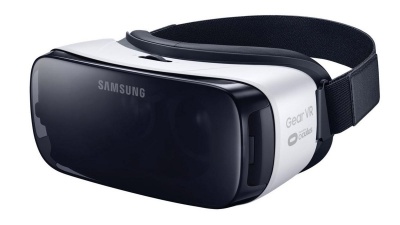 basically... "The Samsung GearVR is a virtual reality headset developed by Samsung & Oculus that runs off a Samsung smartphone. It is typically used to view virtual reality games, videos & photos.GearVR is compatible with Samsung Galaxy devices (Galaxy Note 5, Galaxy S6/S6 Edge/S6 Edge+, Galaxy S7/S7 Edge or Galaxy Note 7) which act as the headset's display and processor, while the Gear VR unit itself acts as the controller. The rotational tracking of GearVR is more accurate and well calibrated with lower latency than internal smartphone IMUs, such as those used for Google Cardboard."

We have a GearVR at the Interaction Station available for use. 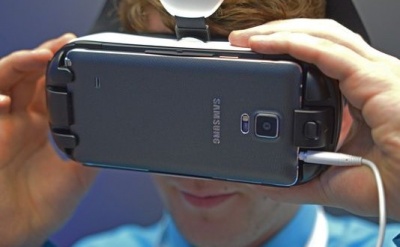 
What is the difference between GearVR and the Oculus Rift? Basically GearVR runs on a smartphone and Oculus Rift runs on a (powerful) PC.
More info explained here: (notable points GearVR wins for higher resolution, no cables but doesn't support positional tracking)...


Want to develop a game for GearVR? 10 things to Keep in mind!
You can use Unity game engine and build for Android...

Deploy Your Unity Project To GearVR

OR... use Unreal Engine

You can also watch and make 360 degree panoramic photos & videos, deployed specifically for GearVR (using Blender, among others)