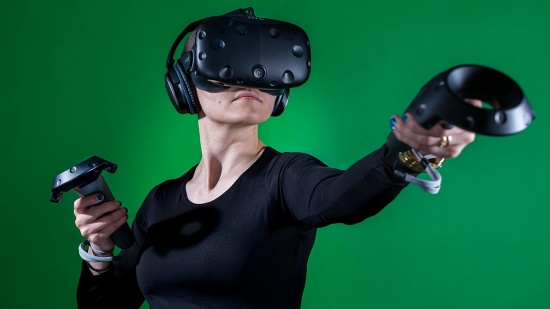 "HTC Vive is a virtual reality headset developed by HTC and Valve Corporation. This headset is designed to utilize "room scale" technology to turn a room into 3D space via sensors, with the virtual world allowing the user to navigate naturally, with the ability to walk around and use motion tracked handheld controllers to vividly manipulate objects, interact with precision, communicate and experience immersive environments" - Wikipedia 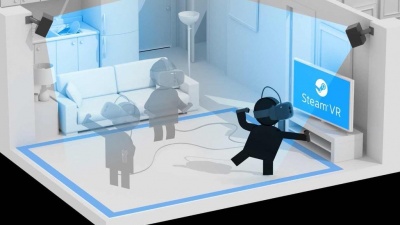 There are three different Vive headsets at the Interaction station:

At the Interaction Station, we have a dedicated PC that will work with the Vive. If you own a laptop and want to work with the Vive, please be aware of the following system requirements : (Windows only; neither Vive nor Oculus are presently compatible with Apple). There is Compatibility Checker will check if your PC or Laptop is Vive-ready here : http://store.steampowered.com/app/323910/
Graphics Card: GeForce GTX 970 or AMD Radeon R9 290 or better.
CPU: Intel Core i5 4590 or AMD FX 8350 or greater.
RAM: 4GB or more.
Video port: HDMI 1.4, DisplayPort 1.2, or better.
USB port: 1 USB 2.0 or faster port.
Windows 7 SP1 or newer.

The HTC Vive comes with two hand-held controllers, equipped with sensors, touch surfaces, buttons and triggers. The controllers act as "proxies" for hand-held interaction, used to bring "hands" or any hand-held tool into Virtual Reality space, increasing immersion and expanding the possibilities of interactivity. The controllers can act as a stick, a paintbrush, a robotic arm, a coffeecup, etc, when held and used in game-space. For example, in Longbow, an archery game that is part of The Lab (an app that comes bundled with the Vive) the controllers become a bow and arrow that work by pushing triggers on the controllers. The controllers can also be used to Teleport around a large space and as "laser-pointers" for User Interface menu interaction. 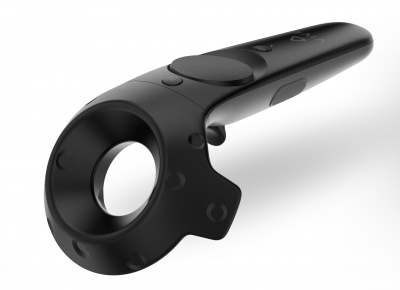 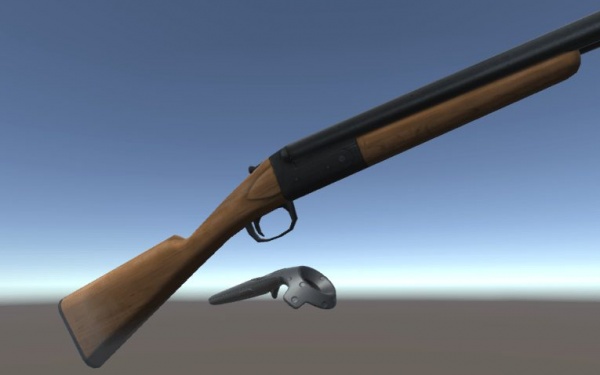 The Vive runs on the SteamVR, the hardware system developed by Valve Corporation. SteamVR comprises of the lighthouses that track Vive users in a room-scale setup, handheld controllers for the Vive and all other aspects of the Vive HTC headset. SteamVR is an extension of the app marketplace Steam, where games, programs, discussions are exchanged. SteamVR supports both Unity and Unreal Engine compatibility.

You can easily get started making your own project for the Vive. Currently, both of the leading game engines - Unity and Unreal, support the Vive and offer support for beginning developers (via their message boards) and substantial introductory documentation.

SteamVR and Unity :
1. Make sure to use the latest version of Unity when setting up the Vive, downloaded at https://unity3d.com/
2. Download and import the SteamVR plugin from the Unity Asset Store.
3. Drag and drop the Camera Rig prefab from the Prefabs folder into your scene.
4. Calibrate controllers and camera as needed.
5. Build your world!

Tilt Brush is a room scale 3D painting virtual reality application developed and published by Google for the HTC Vive. Users can paint in three dimensions using the Vive handheld controllers, with a variety of brushes, swatches and tools. It is possible to export your creation as a video, GIF, 2D screengrab, or 3D model (FBX, OBJ). It is installed and ready to use with the Vive at the Interaction Station. 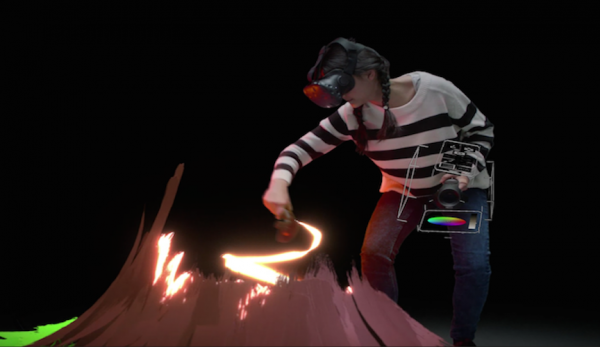 The Vive and the Oculus RIft are currently (February 2017) the primary virtual reality headset manufacturers. The two are in direct competition, both offering exclusive titles and applications. What are the similarities and differences, and which is the superior? It ultimately depends on your project and budget; but at the Interaction Station we have the HTC Vive available to work with. We also have an earlier version of the Oculus Rift (DK2). 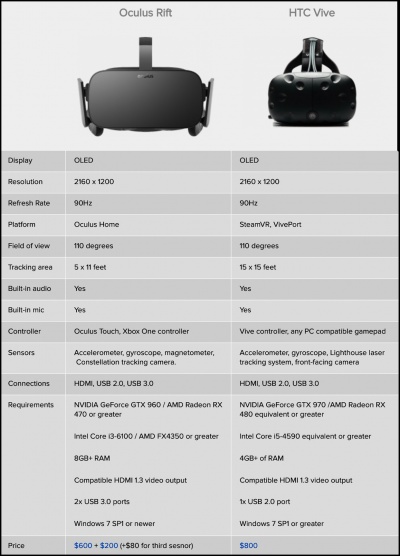